Will Elliott recommendations prevent another Horsegate? 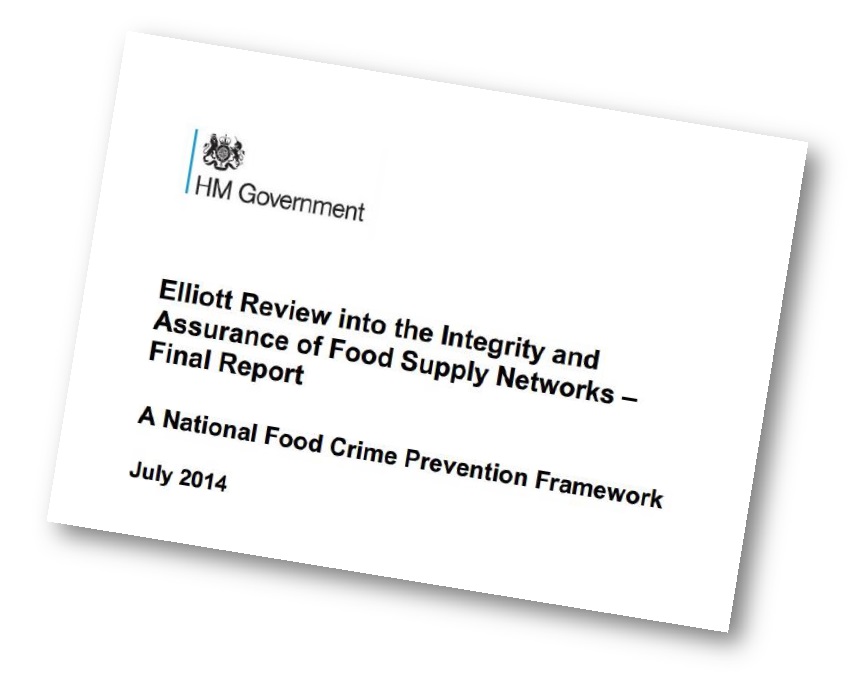 As a country, the UK has a very good record for food safety and indeed one of the safest food supply chains. By and large British consumers should be able to shop with every confidence that the food and drink that they buy contains exactly what it says on the label.

Nevertheless, business reputation and consumer confidence is a fragile thing and one that, once damaged, can take some time to rebuild. The biggest food fraud scandal in many years was undoubtedly the ‘Horsegate’ crisis of early 2013 where a significant number of processed meat products such as burgers and lasagne were found to contain horsemeat, rather than beef. However a spate of television programmes and newspaper articles also revealed that other types of food fraud and food crime were not uncommon in certain circles – especially where ingredients or goods had been imported.

The much-anticipated final report of the ‘Elliott Review into the Integrity & Assurance of Food Supply Networks’ was published yesterday (4th Sept 2014). In it Professor Chris Elliott, Professor for Food Safety and Director of the Institute for Global Food Security at Queen’s University, Belfast, details robust recommendations for a national food crime prevention framework designed to better protect food businesses and drive consumer confidence.

The report is based on what the Professor refers to as ‘eight pillars of food integrity.’ These are:

The above is a brief synopsis of the full, detailed report, which can be found at https://www.gov.uk/government/uploads/system/uploads/attachment_data/file/350726/elliot-review-final-report-july2014.pdf) The Government issued a press release in response to Professor Elliott’s report yesterday in which it pledged to set up the new Food Crime Unit, ensure that there was a resilient network of food analytical laboratories to test food consistently, and improve co-ordination across government to protect food integrity and tackle food crime.

In addition it is introducing new Country of Origin labelling from next April and improving public procurement of food and catering services so that more high quality British food is delivered in to schools and hospitals. It is hoped that this will also help to boost the UK farming industry.

The recommendations within Professor Elliott’s report are encouraging and, if implemented effectively, should help to tighten up the incidence of food crime in the UK. But can they prevent the incidence of another ‘Horsegate’ scandal? The answer is that we can’t be sure.  Certainly unannounced auditing and regular testing for authenticity will go some way to its prevention, especially if shorter, UK-only, supply chains are used. However the Government must also provide the necessary funding to enable the recommendations to be implemented. Arguably food crime has been able to take place undetected in the past because there simply has not been the facilities and resource to deal with the problem. This was due, in part, to Government cuts to Local Authority funding.

There is also the worry that current supermarket price wars could lead to corner-cutting. You only need to read the label of a ready meal and it soon becomes obvious that the number of ingredients sourced from several different countries means long and complex global food supply chains which are difficult to police.

The key to preventing damage to the food industry’s reputation and maintaining consumer confidence is vigilance and the adoption of stringent processes and testing throughout our own supply chains.

Next post: Come and join us for our Macmillan Coffee Morning.