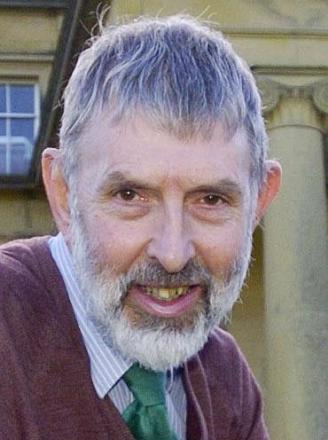 Our Chairman and founder, Dr Verner Wheelock, has been researching healthy eating and the effect of diet on illness and mortality for several years. He has come to the conclusion that, contrary to Government health guidelines, which advocate a low-fat diet as being beneficial to health, a diet low in carbohydrates and containing fat is the way to lose weight and improve health outcomes.

Last week the Institute of Grocery Distribution (IGD) announced a ‘Healthy Eating’ strategy, which already has the buy-in of major retailers such as ASDA and Tesco. This is based on tackling the amount of sugar in foods and ‘calories in/ calories out.’

You can read the full article here.

“Here we go again with a huge initiative to tackle the so-called obesity. I can guarantee that it will not work because it is based on the “Calories In Calories Out” principle which has been totally discredited. For a start there are millions of people who have tried it and failed. Even the relatively few who succeed invariably re-gain the weight lost and frequently end up even heavier than they were at the outset.”

All calories are not equal

“One of the basic assumptions is that all calories are equal whether they originate from fat, protein or carbohydrates. This is rubbish. There is an enormous difference between the way the body handles a diet low carb/high fat(LCHF) diet compared with one which is high carb/low fat (HCLF). A diet which is high carb causes lots of insulin to be produced that directs the glucose (produced from the carbs) to the liver which converts it into fat which is then stored. Slimming diets are usually low in fat (because fat is concentrated calories) and therefore high in carbs. So using this approach is like pushing water uphill. It is almost certain to fail. The only way to make it work is to starve, which explains why the weight is re-gained. The excessive insulin is also bad news because it eventually causes insulin resistance which is the precursor to weight gain, high blood pressure, Type 2 diabetes, heart disease to mention a few.

By contrast, fat does not stimulate the production of any insulin. So the way to improve health, including the loss of some excess weight is to replace the sugar and all types of carbs with fat. However the ideal fat is the saturated fat, which is present in foods such as dairy and meat products. Unfortunately the Government is still telling us that the sat fats are bad, despite the fact that many recent studies have confirmed that there is no justification for this advice.”

Swedes’ obesity levels have dropped yet they consume more fat

“It is highly relevant that in Sweden where demand for butter has increased to such an extent that there have been shortages, the rise in obesity has been halted.  There are even signs that the incidence is now falling.  There is now overwhelming scientific evidence that it is the increased consumption of sugar and other carb-rich foods including potatoes, rice, pasta, flour, bread and grains which are responsible for much of the poor standards of public health as shown by the incidence of obesity and even more worrying the continued rise in Type 2 diabetes.

So if we are to progress then it is essential to forget about the calories and focus on the sugar/carbs. But this depends on increasing the consumption of sat fat. Until this is accepted by both the food industry and the Government, it is inevitable that the current efforts are doomed to failure.”

For more articles and insight about alternatives to current dietary guidelines read Verner’s Views at www.vernerwheelock.com