Pathogens – Which herbs aren’t so good for you? 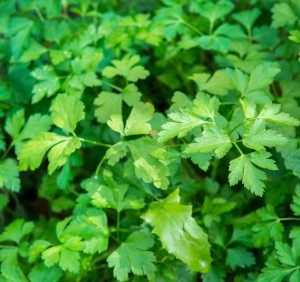 Which herbs aren’t good for you

Herbs have been used in cooking and as remedies for ailments and illnesses for centuries. In recent times there has been a resurgence in the use of fresh herbs – perhaps fuelled by the panoply of cookery programmes on television. There’s no doubt that the addition of parsley, coriander, basil and the like can really make a good dish a great one, but you need to make sure that the herbs are the only things you’re adding…

As with other types of leafy vegetables, such as salad greens, there is the potential for contamination at all stages of the chain – from growth in the field trough harvesting, processing, packing and distribution. Only a few days ago it was reported that the US had placed bans on imports of coriander (or as they call it, cilantro) from a particular area of Mexico as it was discovered that the fields in which it was grown was littered with human faeces and toilet paper. On inspection several of the farms had no running water or toilet facilities. In addition areas used to prepare and pack the coriander had dirty surfaces and crates and sewage was found in the water used to wash the herb prior to packing.

Bacteria from these unhygienic operations had also found its way into the water used to wash the herb before packing. As a result contaminated coriander had made it onto the shelves of US food retailers and into restaurant kitchens. Around 380 people had become ill with cyclosporiasis – a severe gastric disorder.

How herbs pick up pathogens

Since herbs are grown in the ground in the open air they can acquire pathogenic bacteria from manure used to feed the soil, from non-potable water used for irrigation or from pesticide residue. During harvest they can pick up bacteria from dirty crates. During processing they can become contaminated from the use of non-potable washing and rinsing water, or from dirty surfaces or implements. Of course a major contributor to contamination is lack of personal hygiene, insanitary conditions and lack of protective clothing/ dirty clothing. Washing herbs in clean water will not eliminate any pathogens present.

If you are a company importing herbs, it is essential that you are able to pinpoint the source of the crop, so that controls can be put in place quickly in the event that a pathogen is discovered. This of course falls under the authenticity and traceability section of the new BRC Standard Issue 7.

Even dried herbs are not immune to contamination since many pathogens can survive the drying process, however cooking at high temperatures within food should succeed in killing them. The main thing to be aware of with dried herbs and spices is food fraud, which can have serious consequences for allergen sufferers. For instance almond protein has been found in paprika and peanut protein has been found in cumin. Also, whilst not life-threatening in the same way, there has been a spate of adulteration of dried herbs. The consumer group, Which? revealed that one quarter of dried oregano samples tested contained other ingredients, for example, olive and myrtle leaves.

To ensure that you are receiving the goods you believe them to be, why not take a look at our Supplier Auditing course? The next one runs on 11th September.