What’s in a name? Ask Iceland and The Ritz

These who owns which name battles are, quite frankly, getting rather ridiculous. I mean, who in their right mind is going to confuse Iceland the country with Iceland the frozen food chain?

Here’s a prime example: if I leave the house with just my purse and a couple of empty carrier bags and shout “I’m just popping out  to Iceland – see you later.” Nobody would think “Oh, she must be going to board a plane to Rekjavic.”

Similarly, if somebody bought a ticket to Iceland, they wouldn’t think they would fetch up in a budget frozen food store surrounded by prawn party rings, frozen veg and fish fingers. 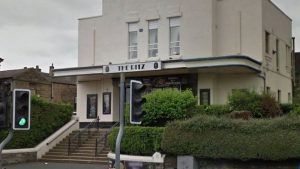 Closer to home, a music venue in the West Yorkshire town of Brighouse has felt the pressure from the big boys and is now changing the name it has been trading under for 80 years – The Ritz.

You would have to have taken a serious detour on the way to London or Paris to end up in a Brighouse club. And it’s hardly as if the company in question is passing themselves off as the exclusive hotel…

I know big companies are very protective of their brands and I could understand it if someone was using the same logo – but doesn’t it all seem a bit much?

All I can say is that it’s a jolly good job that animals can’t sue companies otherwise Lion bars, Jaguar cars, Black Horse, Giraffe, Puma etc. would be in seriously hot water!