Thermal Process Flavours – what are they? #savouryflavours

What is a Thermal Process Flavour?

A thermal process flavour is produced by heating together two or more flavour precursors under carefully controlled conditions. It is sometimes called a ‘reaction’ flavour. Thermal process flavours are created through the Maillard reaction. This is a reaction between a nitrogen containing compound and a reducing sugar.

The Maillard reaction occurs naturally when roasting, grilling, baking, boiling, frying or toasting foods containing protein and carbohydrate. A good example of it is the flavour generated when a piece of steak is fried in butter. The fat breaks down and produces a caramelised taste. 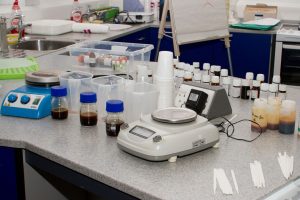 What is a flavour precursor?

A flavour precursor is a product, which doesn’t necessarily have  flavouring properties itself. It is  intentionally added to food to produce flavour by breaking down or reacting with other components during food processing. Carbohydrates, amino acids and oligopeptides are  examples of flavour precursors.

Why do we need flavourings?

There are a number of reasons why we use flavourings. They are often used to give a specific flavour to a product, e.g. chicken flavour crisps, or to replace an original flavour which might have been lost during food processing. Flavourings are added to ready meals, soups, snacks, gravies and sauces etc.

Also, the demand for healthier food which is lower in fat, sugar, salt or calories has also seen more use of flavourings in food. Removing fat, sugar and salt also removes  flavour so flavourings are used to make them more palatable. 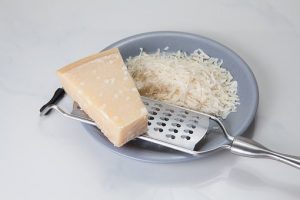 Thought there were just four basic types of flavour?  Think again. Umami is neither salt, sweet, bitter or sour. It is roughly translated from the Japanese as ‘yummy deliciousness’ or ‘a pleasant savoury taste.’ The taste was isolated early in the 20th century and found to be glutamate. This is an amino acid released in certain savoury foods, often through cooking or fermentation, which makes them taste delicious. When it is combined with a group of chemicals called ribonucleotides, which also occur naturally in many foods, it creates a ‘moreish’ taste on the taste buds – umami.

Create your own Thermal Process Flavours

If you’re a graduate working in NPD and flavour technology in the food, seasonings and flavour industries, you might be interested in a specialist course we are running. Creating Thermal Process Flavours is a unique laboratory based reaction flavours course tutored by leading flavour chemist Professor David Baines and  flavour specialist Richard Seal.

The course comprises a range of specialist lectures and hands-on practical sessions to reinforce the learning. You will have the freedom to create your own process meat flavours. These will then be applied and evaluated in relevant food products.

Ahead of the course, Professor Baines is speaking at FlavourTalk in Amsterdam on Thursday 15th March. His  lecture will explore the evidence for the European Food Safety Authority’s (EFSA) recent decision to introduce an Acceptable Daily Intake for glutamic acid and glutamates as food additives. 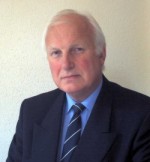 Professor Baines specialises in food flavours with specific expertise in flavours derived using cooking processes. He has worked across 5 continents with food and flavour companies. David is author of several papers and book chapters and is named on 5 flavour patents. He co-edited the book ‘Natural Food Additives, Ingredients and Flavourings.’ He is also co-editor of the internet flavour bulletin ‘Flavour Horizons’. He was recently appointed Visiting Professor at the University of Reading.