The great war – how great was the food? #WW1 #warfood #diet 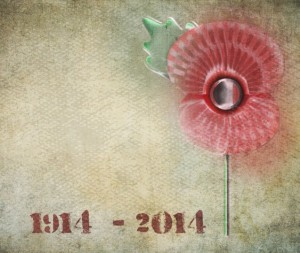 This week was, of course, the anniversary of Armistice Day, but throughout the year there have been all sorts of events marking 100 years since the outbreak of the First World War. Perhaps the most striking is the sea of 888,246 red ceramic poppies surrounding the Tower of London; each one representing a British or Commonwealth soldier who lost his life during the conflict.

Did soldiers eat their horses?

There’s an old saying that ‘an army marches on its stomach’ so it made me wonder what WW1 soldiers were given to eat. Anyone who watched Blackadder Goes Forth will remember that Baldrick served up ‘Rat au Van’ – a rat which had been run over by a van, but it transpires that, in reality, stories that soldiers ate rats and their own horses are unfounded – although those stationed in villages away from the front line were known to steal chickens from farms.

What they did eat was a lot of protein in the form of meat. Often this was in the form of ‘Bully Beef’ which is what we call corned beef now or a detested fatty stew called ‘Machonochie stew’ after the company that made it. Apparently the stew consisted of meat with vegetables in thin gravy, although there was little meat and the chunks that were in there were extremely fatty. 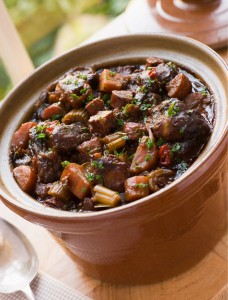 The stew would be eaten with rock hard biscuits made from salt flour and water, which allegedly had to be soaked before eating or you could risk cracking a tooth! Two years in to the war there was a shortage of flour and so, instead of using wheat, bread was made using alternative ingredients such as barley, oats, dried potatoes – even pulverised straw!

At the beginning of the war, soldiers consumed 1lb of meat, 1lb of bread and 8ozs of vegetables every day. By 1916 these amounts were less but in actual fact many soldiers were still better fed than the average working class family of four. Compare a soldier’s weekly ration of 8lb 120z of meat, the same in bread, 1lb 5oz of bacon and 3lb 8oz of bread with the aforementioned family’s rations. They had just 3lb 6oz of beef or mutton, 19lb 8oz of bread and just over 25lbs of potatoes per week for all four people. Soldiers consumed an estimated 4,600 calories every day whereas just 3,400 calories was the average intake at home.

The main complaint was the lack of variety in food for the soldiers and a shortage of clean water. This led to vitamin deficiencies, stomach upsets through drinking unclean water from the trenches or puddles and, at the beginning, the high volume of protein caused constipation. A break in the monotony came in the form of food parcels from family and friends at home, which often contained treats such as fruit cake. The introduction of spices also made food a little more palatable and curry became a firm favourite with soldiers – in fact it is now one of the most favourite foods in the UK.

To get a feel for WW1 army food, why not try the following recipes?

Method: Bone meat, remove fat and cut into 1 oz pieces. Place 3lbs flour, ½oz pepper, ½oz salt in a bowl and mix. Place stock in bottom of cooking vessel and dredge meat in flour. Peel and cut up onions , wash peel and cut up vegetables. Add onions and vegetables to meat. Mix well together and barely cover with stock. Place in oven to cook Stir frequently. Cooking time 2½ to 3 hours.

Method: Soak biscuits for about 3 hours in cold water until soft. Wash and pick over the currants, cut up peel finely. Place biscuits, sugar and currants into baking dishes.  Add milk and mix together with spice and peel and place in oven until cooked – approx 1 hour.

Previous post: Fast-grown chickens have the dodgiest guts when it comes to campylobacter