Restaurant owner jailed over use of allergen in food

Recently a restaurant owner was jailed for six years for the manslaughter of a customer. No, there were no guns or knives involved. There hadn’t been a brawl. He hadn’t laced his food with cyanide. What he did do, however, was ignore a customer’s request about how his food was prepared.

ho suffered from a nut allergy, and was meticulous about his condition, had requested a chicken tikka masala cooked without nuts from the Indian Garden restaurant in Easingwold, North Yorkshire. Restaurant owner, Mohammed Zaman, ignored the request and prepared the curry using a groundnut mix containing peanuts. Mr Wilson later collapsed and died at his home from anaphylactic shock, brought on by his allergic reaction to peanuts. 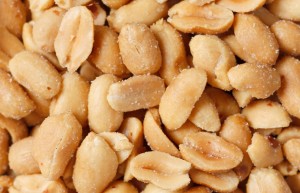 reaction to a curry containing nuts from the Indian House. Instead of destroying the groundnut mix there and then, Mr Zaman continued to use it. He had switched from an almond-based mix to the groundnut one because it was cheaper.

The case is believed to be a legal first and sets a precedent to any company supplying food for public consumption. It is also a salutary lesson on the importance of allergen control and the correct labelling of ingredients used.

What are the symptoms of anaphylaxis?

A peanut allergy perhaps brings about the most severe reaction – anaphylactic shock. When somebody goes into anaphylaxis, they can have a swelling of the mouth or throat, severe asthma, swollen lips, hives, alterations in heart rate, a pronounced drop in blood pressure, abdominal pain, nausea, vomiting and can collapse and slip into unconsciousness. In extreme cases, as in Mr Wilson’s case, death can occur. Only a very small amount of the allergen needs to be consumed in many cases.

Consumers rely on food manufacturers to tell the truth about what’s in their products. It might seem like a nuisance to have to list out every constituent of a product on a food label, or highlight that there are allergens present in food served in a restaurant or from a café or takeaway, but the law is there for a reason. It can help to prevent serious illness or death.

In following the rules regarding the use of allergens, you’re also protecting yourself from prosecution. And it’s not just nuts – there are 14 major allergens you need to be aware of ranging from shellfish to sulphites, gluten to lupin.

Ensure you know the main allergens and how to manage them

Our Managing Food Allergens course will give you guidance on how to control allergens throughout your production process from supplier to delivery. It also covers standards requirements and labelling legislation, risk management, testing, cleaning and validation processes and verification of your allergen management systems. The next course takes place on 17th November.

Mr Zaman was accused of putting ‘profit before safety’, using a cheaper ingredient, despite being aware of the risks of allergens. His crime was that he deliberately ignored a request from somebody with an allergy. In the food industry we have duty of care to provide food that is safe for our customers. That means ALL customers. It is our responsibility to know what is in the food we prepare and ensure that our customers do too.

Previous post: Dinner is served – from a slipper! #foodhygiene