National Living Wage (NLW) – how will it affect the food industry? 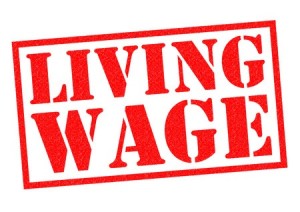 The Government introduced the new National Living Wage (NLW) at the beginning of this month. Under the new rules, from 1st April this year employees aged over 25 years must be paid at least £7.20 per hour (unless they are in the first year of an apprenticeship).

On the plus side, around 6 million workers will see their wages rise as a result. The flip side is that the new regulation will plunge several thousand companies into financial instability and will see up to 60,000 jobs lost.

Biggest impact of the National Living Wage to the foo

The food industry is likely to be one of the hardest hit. It’s estimated that almost 5,500 food and drug retailers will suffer, as will over 6,000 wholesale outlets and more than 3,000 transport and logistics companies.

Perhaps the biggest impact of the new NLW will be on growers of hand-picked crops such as soft fruits.  According to the National Farmers’ Union, seasonal wages to these firms are likely to increase by 35% in the next 12 months. The higher salary bills could mean labour costs of up to 70% of turnover. This is only set to become worse as the NLW is expected to exceed £9 per hour by 2020.

The fall-out from this is threefold:  the increased salary cost will be passed along the supply chain to consumers; companies might be forced to move operations outside the UK; workers could lose out in other ways.

For example, despite the fact that Corporation Tax will fall to 17% by 2020, which should save companies several thousands, if not millions of pounds, some food manufacturing companies have been accused of ‘underhand’ practices prior to the introduction of the National Living Wage.

These include re-drafting employment contracts which reduce the rate of overtime pay, slash bonuses, reduce the number of work breaks given and cut Bank Holiday pay. It is alleged that employees who didn’t agree to the revised contracts were threatened with dismissal.

Some firms even went so far as to terminate contracts for employees aged over 25, in order to keep overall salary payments under control. Others are only employing workers under 25 years of age.

Obviously manufacturers and growers are subject to ethical trade audits, so how do the above practices stand up? Currently, under UK employment laws, you can pay someone under 25 less money to do the same job as someone 25 or over.  However, you cannot positively discriminate between different aged individuals in the context of the recruitment process. So to advertise jobs purely for under 25s would be in breach of the law.

In reference to overtime payments, the ETI base code recommends that overtime should be paid at a rate of 125% of basic pay. So, this means that someone over 25 working over 48 hours per week on minimum wage should be paid at least £7.20 basic pay for up to 48 hours and at least £9 per hour for every hour of overtime worked. In fact it can be an ethical ‘non-conformance’ if an employee on National Minimum Wage is not paid overtime at 125%.

For employees aged 25 and over the National Living Wage has effectively become the National Minimum Wage and is enforceable in the same way. The recommended NLW for workers aged 21-24 is £6.70 per hour, although the indications are that this will rise by 3.7% to £6.95 per hour from 1st October. 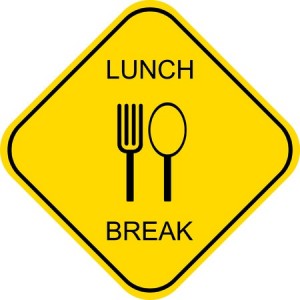 As far as cutting rest breaks is concerned, workers who might previously have had a half hour lunch break and short breaks in the morning and afternoon can legally have them cut. According to www.gov.uk employees are entitled to “one uninterrupted 20 minute rest break (this could be a tea or lunch break), if they work more than 6 hours a day.”

Only time will tell whether predictions relating to job losses and the failure of food firms are validated. One thing is for sure, though, the National Living Wage, whilst admirable on ethical grounds, will cause several firms in the food supply chain a significant headache.

Next post: Dinner is served – from a slipper! #foodhygiene