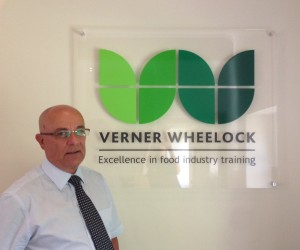 As we have said many times before, just because an establishment has a celebrity chef’s name attached to it, it doesn’t necessarily follow that their hygiene practices are award-winning. Heston Blumenthal’s restaurants have been in the news more than once – but the latest to fall foul of food safety issues is Jamie Oliver’s exclusive butcher’s shop, Barbecoa Butchers, located in the City of London.

According to an article in The Times newspaper the butchers, which supplies meat to the restaurant upstairs, was awarded just one out of a possible score of five for a recent Food Standards Agency inspection.

Apparently public health inspectors visiting the premises found dirty slicers and vacuum packers, hanging carcasses with mould on them and many expensive products such as wagyu beef, onglet and Spanish-style pork called lomo de cana were out of date.

In addition, there was a ‘heavy presence’ of mouse droppings, damaged flooring, dirty fridge handles, poor lighting and inadequate washing facilities for staff. In short there was no safety management system in place.

The restaurant voluntarily closed for 24 hours in order to address the much-needed improvements.

The risks of dry ageing beef

The dry ageing of beef carcasses is very popular at the moment. The reason some butchers prepare meat in this way is because it can improve the taste and eating of older, slow maturing cattle.

However, Verner Wheelock food safety trainer, Paul Bache, who was awarded the MBE for services to the meat industry, warns that “Trying to maturate carcass meat on the bone in a chiller where the door is opened and closed many times as day  – such as in a butcher’s or farm shop, for example – is fraught with problems.”

He adds that “In a standard butcher’s chiller it is possible to dry hang a carcass for 21 days without the problems of mould growth, but the temperature must remain constant at below 3°C, and you need to control the humidity. Hanging meat for longer periods (which adds little more to the flavour) and losing control of both temperature and humidity will encourage the growth of mould.”

Under the Food Safety Act it is an offence to sell, or keep in a position where it could be sold, any food that is ‘so contaminated it would be unreasonable to expect it to be eaten.’ ‘Contamination’ is described as the presence of objectionable matter in or on food ingredients. Mould on hanging beef certainly falls into this category.

The safer way to maturate beef

According to Paul, there is no need to hang carcasses for long periods of time to improve flavour or texture, unless the meat is from older animals, such as some of the breeds that went out of favor because they took a lot longer to reach slaughter weight. “The practice of ‘dry hanging’ stems from several years ago when animals fed on grass were slow maturing, taking two to three years to reach prime weight.” He says. “But in the 1960s and 1970s continental breeds were introduced into the UK and crossed with our indigenous breeds. The result was a progeny which fed on high protein feed and finished on grass, but faster maturing i.e. reaching slaughter weight between 8 and 14 months.”

“Jamie Oliver et al have simply reintroduced what was happening in the meat industry years ago. The problem now is that some people are trying to emulate this, and exceed hanging times, without knowing anything about the why or the how and in doing so run the risk of falling foul of legislation.”

“Letting carcasses age in the air will always carry the risk of contamination, but in actual fact considerable work undertaken by the Meat and Livestock Commission on the maturation of beef showed that there is no significant difference between this method and  the practice of vacuum packing meat primals from these animals. If the carcass meat is vacuum packed correctly using good quality bags, and the meat primals are prepared and vacuum packed as soon as possible after the animal has been killed and chilled, and the temperature is controlled at less than 3°C you will get the same result in 21 to 28 days – but without mould growth.”

If you work in the meat and poultry industry and would like to benefit from Paul’s considerable experience and expertise, why not find out about our Food Safety courses specifically for the meat industry, or alternatively, ask about our consultancy service?