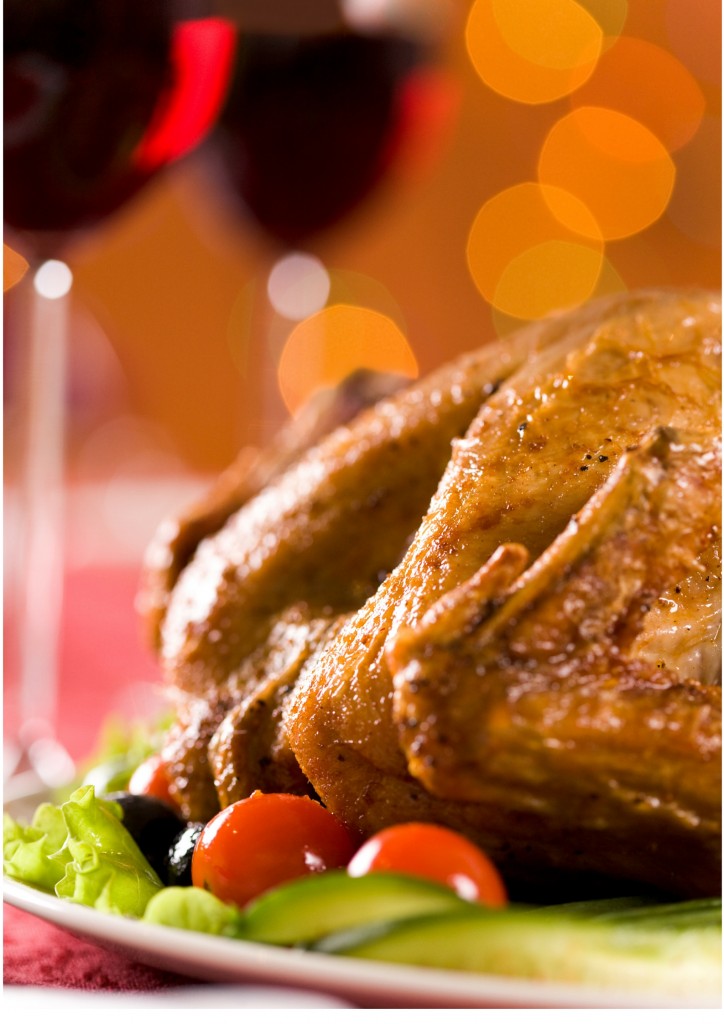 Over 45 million turkeys will have been consumed in the USA this Thursday as families and friends tuck into a traditional Thanksgiving meal. Not unlike our Christmas dinner (although they seem to have bypassed the sprouts) the centrepiece of the Thanksgiving meal is a large roasted turkey accompanied by mashed potatoes, stuffing, cranberry sauce and various side dishes, followed by a generous slice of pumpkin or pecan pie.

It’s believed that the first Thanksgiving dinner took place in 1621 at Plymouth Colony when pilgrims and the Wampanoag tribe of Native Americans shared a meal after the harvest. Their meal is unlikely to have included turkey – and potatoes weren’t available – so they probably partook of a meal of wildfowl or venison and corn porridge. The turkey tradition and public holiday began in earnest in Abraham Lincoln’s time and the fourth Thursday in November has been known as Thanksgiving ever since.

You might be surprised to learn, though, that this meal alone causes more instances of food poisoning than the entire barbecue season put together.Why does this happen? Quite possibly because we are more aware of the risks relating to undercooked barbecued food, but another reason is because lots of people seem to rinse the turkey under the tap to remove any bacteria on the surface before they put it into the oven. This is a misguided activity however. Any salmonella or campylobacter bacteria present on the bird will be killed by cooking it so all the rinsing does is spread the bacteria by splashing it around on to surfaces and other food, running the risk of cross-contamination.

Something else that should be borne in mind when preparing this meal is how the stuffing is cooked. The safest way is to cook stuffing separately in a tray or ovenproof dish, but if you like to put the stuffing mixture inside the turkey you need to remember to add extra cooking time to allow the stuffing to reach 165°C. Otherwise there is the chance that neither the stuffing nor the turkey will be cooked properly.

But let’s rewind a little… how you store and defrost the turkey can also influence the chances of contamination. Firstly, you should fresh turkey in the refrigerator as possible after you buy it. If the turkey is frozen there are a couple of safe ways of defrosting it. The preferable method is to defrost it in the fridge, but this will take several days.

Another option is to thaw it out in cold water which will take hours rather than days – a good tip is to defrost it overnight. Turkeys defrost from the outside in so they should never be left out on a plate to defrost at room temperature. This is because once the outer surface of the meat has defrosted bacteria can multiply quickly in the relative warmth of the room, even though the majority of the bird remains frozen.

Storing leftover turkey properly after the event is essential too. Wrap it in foil or cling film or place it in a container, then keep it in the fridge. Consume within two days. Alternatively freeze it.

For more information on food safety, why not take a look at our Level 2 and Level 3 courses? In the meantime here’s a recipe for a Thanksgiving favourite – pumpkin pie.

Halve pumpkin and scoop out seeds and stringy portions. Cut pumpkin into chunks. In a saucepan over medium heat, cover the pumpkin with water and bring to the boil. Reduce heat to low, cover and simmer for 30 minutes or until tender. Drain, cool and remove the peel.

Return pumpkin to the saucepan and mash with a potato masher. Drain well, and measure 500g of the mashed pumpkin; reserve any excess pumpkin for another use.

Prepare pastry by mixing together the flour and salt. Rub butter into flour, and add 1 tablespoon cold water to mixture at a time. Mix and repeat until pastry is moist enough to hold together.

With lightly floured hands, shape pastry into a ball. On a lightly floured board, roll pastry out to barely a .25cm thickness. Transfer to a 20 or 23cm pie dish, gently pressing pastry into the bottom. Cut off any excess pastry hanging over the sides of the dish, and pinch pastry securely around the inner edge.

In a large bowl with mixer speed on medium, beat pumpkin with evaporated milk, eggs, sugar, cinnamon, ginger, nutmeg and salt. Mix well. Pour into a prepared pie dish. Bake 40 minutes or until a knife inserted in the centre comes out clean.