What is Kokumi? #savoury #flavour

What is Kokumi? Could it be some kind of Japanese tea; an electronic pet that you need to try to keep alive; or some elaborate type of paper-folding? 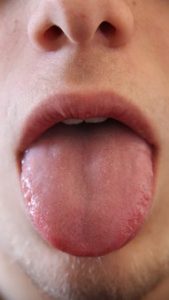 The answer is ‘none of the above’.  Kokumi is, in fact, a  potential flavour enhancer. Many of you will already be of the different types of taste: salt, sweet, sour and bitter and umami. Umami, which was discovered in 1908 by Dr Kikuna Ikeda of Tokyo Imperial University, translates from the Japanese as ‘yummy deliciousness’ or ‘pleasant savoury taste.’ In around 2008 through studies on mice, scientists discovered that humans also have unique receptors on the tongue that respond to calcium – a potential sixth taste sensation – Kokumi.

The difference between umami and kokumi

Umami can be attributed to certain flavours – e.g. those that you might term ‘more-ish’ such as  parmesan cheese, cherry tomatoes, soy, mushrooms, cured meats, dried fish, other cheeses, slow cooked meats and vegetables, such as soups or broth. Kokumi, on the other hand, doesn’t have a specific flavour of its own. Instead it acts to increase the flavour in savoury dishes. 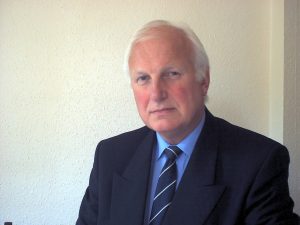 annual ‘Creating Thermal Process Flavours’ course, says that if you include milk proteins and certain amino acids in a beef flavouring recipe the flavour can be enhanced in a similar way to monosodium glutamate (MSG). This is because the receptors in the tongue are responding to the calcium. A number of short peptides which respond to calcium can also act as a flavour enhancer. The best example of these is a reduced form of glutathione.

The dish in which umami was  first identified was a traditional Japanese fish soup containing fermented fish flakes. One of the best sources of the peptides  which give the kokumi reaction is milt – in other words fish sperm. 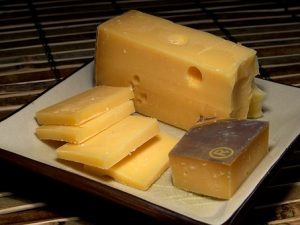 In this country, although we eat other parts of animals, we’re maybe not quite ready for fish sperm as an ingredient in our food. However, the good news is that we can activate the calcium receptors in our tongue and thus our enjoyment of savoury flavours with aged gouda instead of MSG in certain foods.

Next post: Happy St Patrick’s Day everyone from Verner Wheelock