Listeria monocytogenes – it’s a little critter, but it’s been making quite a name for itself recently. If you’ve been reading the newspapers or following various food safety alerts, you’ll be aware that there have been several product recalls on account of confirmed or suspected incidences of Listeria, especially in the United States.

The most prominent of these concerns the Blue Bell ice cream production facility in Oklahoma, which has had its first ever product recall in 108 years following the deaths of three hospital patients, which had all consumed milkshakes made with its product. A number of other people had also contracted Listeriosis through consuming the ice cream. 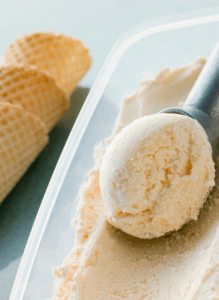 Another US ice-cream maker ‘Jeni’s Splendid Ice Creams’ has found its product to be not quite as splendid as they claim. They’ve had to destroy over 265 tonnes of product after Listeria was detected in the production facility and in products. It’s not just ice-cream either. Other recent product recalls include hummus and Danish cold cuts/sausage.

In the UK Listeriosis is relatively rare, but of all the different types of food poisoning it is the one most likely to cause death, especially in the over 60s, young children and those with weakened immune systems. It is also dangerous for pregnant women and can cause them to miscarry. In fact most people with Listeriosis end up in hospital and statistically one-third will die.

Which foods are the most likely to carry Listeria bacteria?

Listeria monocytogenes is found in soil, water and in the guts of some animals such as cattle and poultry. Whilst its favourite environment for breeding is 37°C, it is also extremely hardy and, unlike other types of bacteria, it can continue to grow at very low temperatures. This means that even refrigerated goods are not immune. The only way of stamping it out from food products is by heating to a high temperature or through pasteurisation of milk. 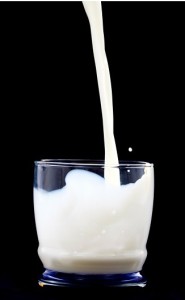 I mentioned that Listeria moncytogenes is hardy – it’s also tenacious. Like a weed that will grow in the tiniest bit of soil, it will find even the smallest nook or cranny within a production facility and breed there. It barely needs any moisture to survive, so can be found in the most unexpected of places, such as chopping blades, vacuum packing equipment, chillers and refrigerators. It can also be transferred from surface to surface by aerosols.

How to control the spread of Listeria monocytogenes

The processing environment needs to be maintained and cleaned

This means checking chillers and evaporators regularly for the bacteria and disinfecting them on a regular basis. Equipment lubricants should also be tested and any cracks in the building’s fabric should be sealed immediately. Deep cleaning schedules should also be put in place for hard to clean areas and areas that come into contact with food.

An obvious one this, but it needs to be mentioned.  So hand washing/sanitation, wearing the correct PPE and footwear and making sure it’s clean, and regular cleaning and sanitation of food prep equipment rather than just at the end of a shift. 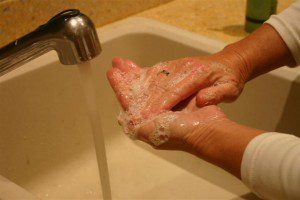 Clean as you go

Clean as you go procedures will help to stop food residue from accumulating on surfaces – detergent followed by disinfectant.

Have dedicated ‘High Risk’ areas and keep equipment within them. Be aware of the risk to stacked product from strip curtains, water splashes or strip curtains, clean and sanitise temperature probes after use, disinfect cleaning equipment once you’ve used it to prevent reintroduction of Listeria to the factory.

Try to control water from aerosols etc. so that you can keep the factory as dry as possible. Remember Listeria doesn’t require much moisture to be able to multiply, but the less that’s available the less likely it is to be able to breed.

…be vigilant. Even regular testing of product can’t wipe out the threat of Listeriosis completely. The Blue Bell ice cream company regularly tested its products prior to the outbreak. Now it says that it will be testing every single batch before it is shipped. As Mansour Samadpour, president and CEO of IEH Laboratories and Consulting Group (a US food safety consulting laboratory), said this week “If you are producing food, let’s not assume the food is safe until proven otherwise. Let’s just assume that the food is not safe until proven otherwise.”