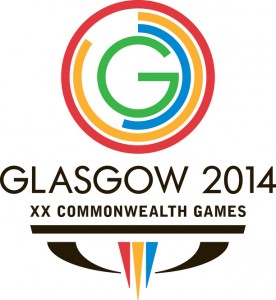 At London 2012, the fact that the world’s largest McDonalds Restaurant was built within the Olympic village was a subject of heated discussion; as was sponsorship by fizzy drinks, snacks and fast food companies. Take a look at the main sponsors for the Commonwealth Games in Glasgow and these types of companies are conspicuous by their absence.

In fact the Glasgow 2014 organisers drew up a ‘Food Charter’ to which caterers applying for contracts during the 20th Commonwealth Games needed to adhere. The aim was to showcase Scotland’s great natural produce by sourcing local food, wherever possible from sustainable and traceable sources. It also sought to promote healthier living via a variety of authentic foods, including healthier options.

A major catering challenge for Scotland

Glasgow 2014 is the largest catering event Scotland has ever had. During the 25 days of the Games around 2 million meals will be prepared by 150 chefs producing 2,000 different items. The meals are not just for athletes, but also for their families, media, staff, contractors, officials, sponsors and hospitality guests and, of course, spectators.

It’s estimated that 100 tonnes of fruit and vegetables will be prepared and consumed; 25,000 litres of milk will be used; and 10,000 loaves of bread, 8 tonnes of cheese and 6 tonnes of eggs will be ordered. That’s on top of more than 10 tonnes each of seafood, poultry and meat and 60 tonnes of potatoes.

To ensure that quality and ethical standards are upheld, the Charter requires certification for particular foods. For example tea, coffee, sugar and bananas must be Fairtrade. Meat should be produced from animals born and reared in Scotland and from members of certified Qualified Assurance schemes, including Red Tractor. They should be organic and RSPCA Freedom Foods Certified. Eggs should carry the SCO coding or British Lion Mark; and all ingredients in bakery products should be traceable back to source etc.

The menus themselves were expected to provide variety, a balanced diet and healthy choices in line with a commitment to achieving the Healthy Living Award. This means ensuring the easy availability of fruit and vegetables; making sure healthy food is available for children; keeping levels of sugar, salt and fat to a minimum; using healthier cooking practices such as grilling and steaming; making starchy carbohydrates the main element of most meals; and providing food in appropriate portion sizes. All dietary requirements would also be catered for, such as vegetarian, cultural etc.

Putting food safety at the top of the menu

It’s fine preparing menus and making sure food is sustainable, but it also needs to be safe. To this end, bespoke food safety plans were also put in place to ensure the avoidance of any health and safety issues. Moreover, other measures to ensure compliance with the Scottish, UK or equivalent standards for quality assurance and food safety were also included in Best Practice principles for the Games. These included:

It might seem extreme, but with a large event, there is also the risk of ‘food terrorism’ i.e. the deliberate contamination of food and drink supplies. It has emerged that prior to the opening of the Games councils, health boards and emergency services across Scotland undertook training  on how to cope in the event of an accidental and intentional food scares. Real-time, life-threatening scenarios were used, from a mass food poisoning outbreak to a consignment of contaminated bootleg alcohol being in circulation. Similar exercises were undertaken prior to the 2012 Olympics.

Given the thousands of people participating, working or watching at Glasgow 2014 and eating catered food, there has only been one health concern – an outbreak of Norovirus, which has affected 53 people including one Australian athlete and five security employees. It was traced back to a temporary toilet facility, which was promptly closed.  As is standard practise, information about effective handwashing and hygiene was reiterated to all village residents and workforce and those staff affected were advised not to return to work until they had been free of symptoms for 48 hours.

For more information about food safety and hygiene, take a look at our online and classroom based courses ranging from basic to advanced level.

Next post: Could you join the team at Verner Wheelock? #jobvacancyskipton