Feed the World – better still, help the world feed itself 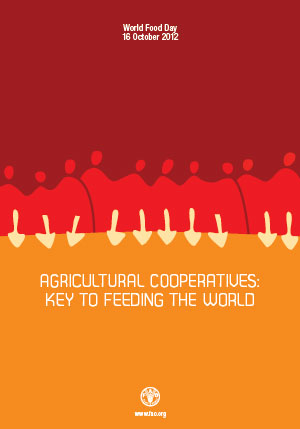 Band Aid burst into song and implored us to ‘Feed the World’ in 1984 and yet 28 years later one in eight of the world’s population is still going hungry, according to the United Nations. To put that into figures it means that 868 million people are currently classified as undernourished. However, ever since world poverty and hunger was brought our attention through news reports, charities and champions such as Sir Bob Geldof et al, the number of starving and hungry people has continued to shrink. For example the figure was 1 billion 10 years ago.

Naturally, there is still much work to be done to combat hunger in the poorest areas of the world, but there are genuine worries that the impressive progress made in recent years will be reversed if food prices continue to rise.

Whilst the UK has been subject to some of the wettest weather on record, the same cannot be said of the USA, Russia and other major grain exporters which have experienced drought conditions, thus forcing up the overall export price.

According to the Food & Agriculture Organisation (FAO), World Food Programme (WFP) and the International Fund for Agricultural Development (IFAD) who prepared the UN report, if there is to be any chance of sustained hunger reduction, then we need to see economic recovery in agriculture. Other factors to blame are a growing demand for biofuels, where crops previously given over to food production are now being used as substitutes for petrol and diesel; financial speculation; and inefficient supply and distribution of grain leading to wastage of almost a third of total production.

The theme for World Food Day 2012 (16th October) is ‘Agricultural Cooperatives – key to feeding the world.’ Of the estimated 925 million hungry people in the world today, 70 percent live in rural areas where agriculture is the economic mainstay. According to World Food Day organisers, FAO, “Agricultural and food cooperatives are already a major tool against poverty and hunger, but they could do much more. It is time to strengthen these organisations and facilitate their expansion while creating a favourable business, legal, policy and social climate in which they can thrive.”

In this country very few of us know what real hunger is. We say we feel ‘hungry’ or we’re ‘starving’, but in reality we feel ready for a meal or a snack – in many cases we’re just thirsty. We overindulge and end up throwing food away because it’s past its ‘use-by’ date and we simply don’t fancy it. World Food Day is an ideal day to count our blessings and think about those who are so less fortunate than ourselves.  Oxfam say that just £3 per month can provide a third-world family with proper food; or £15 per month can pay for seeds, tools and training so that families can support themselves. Compare these amounts with your weekly grocery bill and it’s certainly food for thought.

For more information about World Food Day 2012, click on this link