EU BREXIT – What does it mean for the food industry?

You’re probably fed-up to the back teeth of reading about BREXIT. But, like it or not, the decision to leave the European Union (EU) will have an impact on the estimated 400,000 people working in the UK’s food industry. You see, almost three-quarters of all UK food and drink exports is to countries within the Eurozone. And as an EU member we benefitted from free trade deals between the EU and other countries around the world. 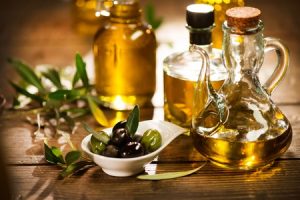 foodstuffs from Europe. Whether that’s Italian coffee, Polish sausage, French wine, Greek olive oil or a myriad of other products, the chances are that the cost of importing those items will now rise as the value of sterling falls.

Then there’s the matter of that hot topic – immigration – and the free
movement of workers within Europe. Many migrant workers, especially those from Eastern Europe, are key to ensuring that certain companies within the food industry remain competitive. They are hardworking and willing to do the type of low-paid repetitive work (especially in the farming/fresh produce sector) that many British people would shun.

Whilst we’re on the subject of farming, at present around 55% of the farming industry’s income is in the form of payments under the Common Agricultural Policy (CAP). Whilst in the EU, our farmers also have access to funding from a £4.6bn rural development programme which began in 2014 and runs until 2020.

And what about all those protected foods we make in the UK, like Lincolnshire Sausage, Cornish Pasties, Scotch Whisky and so forth? Will the plug be pulled on their protected status now we’re leaving the EU? 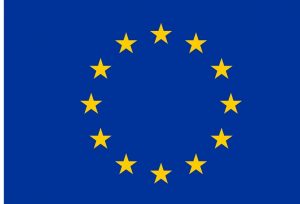 Who really benefits from EU subsidies?

There are, of course, two sides to every coin. For every argument, there is a counter-challenge. Take the CAP payments to farmers for instance. Some farmers believe that they will actually be better off/ no better off out of the EU because they have not been feeling the benefit of CAP. This is because they claim that the large supermarkets they supply take the CAP payment into consideration when dictating the price they will pay for goods.

It’s no surprise, either, that Cornwall backed BREXIT. The EU’s strict policies on fishing quotas saw a decline in an industry which had sustained the county’s economy for centuries.

Could food safety be at risk?

Indeed, Brussels’ bureaucracy and red tape has been a frustration to many in the food industry who feel that they could save time and money by bypassing some EU Regulations. But could this potentially put food safety at risk?

You could argue that EU legislation failed to prevent the horsemeat scandal from occurring. But that wasn’t necessarily an issue of safety – rather of passing-off. The fact is that those companies who are reputable already have systems in place to ensure that they are providing food which is safe for public consumption. The majority of large-scale food manufacturers are governed by the BRC Global Standard for Food Safety, whose latest issue (BRC v7) has a new section on food authenticity, traceability and TACCP.

As for exports and imports, we may need to look further than the Eurozone in future. We’re already exporting more food to places like Saudi Arabia every year and in certain areas of the food industry we could actually be better off. For example, companies buying wine from outside the EU may see a reduction in the tariffs they pay.

It’s early days yet, but whatever the lasting outcome of the UK’s EU exit, we need to remember that we as a nation produce some of the best food and drink in the world – something we should be very proud of.