Don’t take it with a pinch of salt…. National Salt Awareness Week 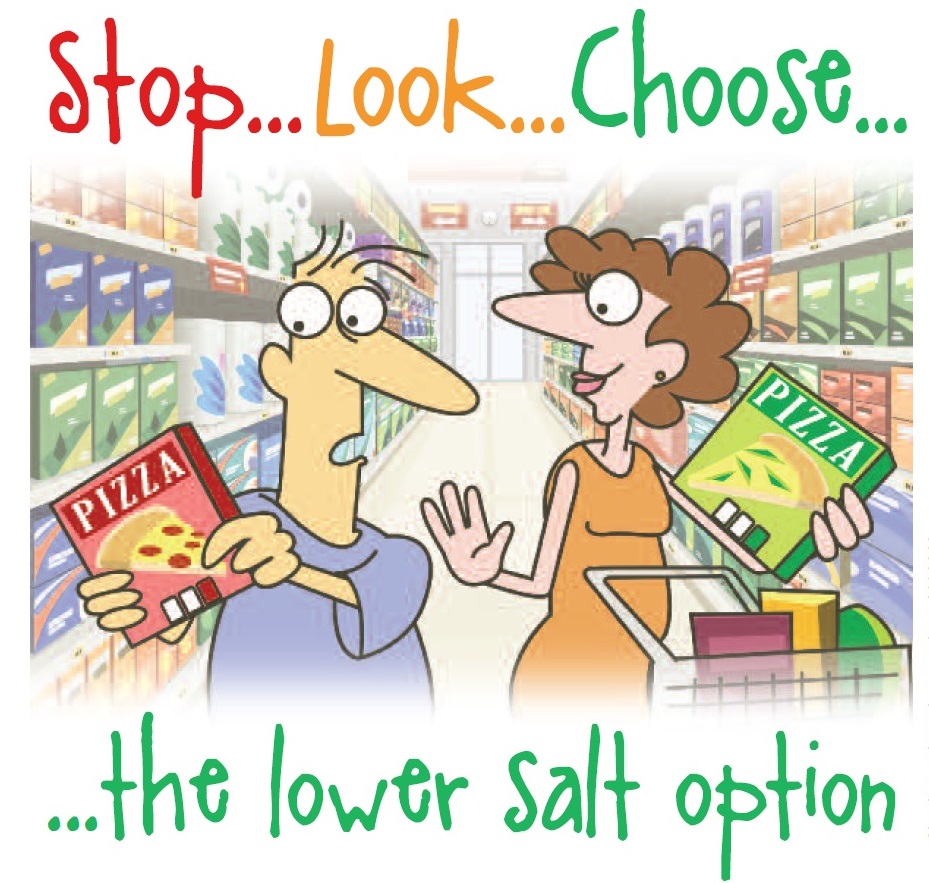 Salt is present in every single cell in the human body and the sodium ions it contains are essential for normal bodily functions. For example, salt helps to transmit information to our nerves and muscles; it is also used in the uptake of certain nutrients from our small intestines; and it helps maintain fluid levels in red blood cells. Salt has been used by humans for over 6,000 years and is produced by mining, or through the evaporation of seawater or mineral-rich spring water. Used to flavour and preserve food, it was such a valuable commodity in Roman times that soldiers were often paid in salt – hence the word ‘salary.’

How much salt do we need?

Since our bodies are unable to make salt for themselves we need to eat foods containing it instead. However, the actual amount of salt we need is very small – around 1g to 1.5g per day for adults and much less for children. Compare this with the recommended daily amount of 6g (approx 1 teaspoonful) and the actual average adult salt intake of 10g to 12g per day and you can see why there is cause for concern.

This week has been National Salt Awareness Week, led by CASH – Consensus Action on Salt and Health (www.actiononsalt.org.uk) As the name suggests, this week is all about highlighting the amount of salt in our diets and making people aware of the damage consuming large quantities of salt can have on their health. CASH are also campaigning for clear and consistent front of pack labelling with regards to salt content and for a reduction in salt content in processed foods.

Why too much salt is bad for our health

Stomach Cancer – the stomach lining can be damaged by salt, which makes it more vulnerable to the H. Pylori bacterium, a major risk factor in stomach cancer.

Osteoporosis and Kidney problems – if you consume too much salt you could develop osteoporosis, where bones become weak and brittle. This is because too much salt causes calcium to be lost form bones and excreted in the urine. A build-up of too much calcium in the kidneys can lead to kidney stones and/or kidney disease.

Vascular Dementia – once again high blood pressure caused by too much salt in the diet can lead to vascular dementia, a condition developed by 1 in 3 people following a stroke or series of mini strokes.

Obesity – salt doesn’t actually make you fat, but it does make you thirsty. If you quench your thirst with water, fine. However all too often people reach for fizzy drinks laden with sugar.

Water Retention – on the subject of weight issues, a high salt intake can cause people, especially women, to retain up to 1.5 litres of water. Fluid retention can worsen the symptoms of those suffering from Menières Disease.

Asthma – some studies have shown that a high salt diet can aggravate the symptoms of asthma.

We know that certain foods have a high salt content – for instance bacon, olives, crisps and other salty snacks. But in other foods the salt content might not be so obvious. Between 65% and 85% of our salt intake is already in the food we eat – foods such as ready meals, bread, breakfast cereals and baked beans. Adding salt to food we’ve cooked only serves to increase the salt levels in our body.

So, why is salt added to food? Firstly it is used as a preservative in certain foods to extend the shelf life and prevent against the formation of harmful bacteria. Secondly, it is often used as a binding agent for processed and formed meats or as a texture aid in cheese or meat. It’s also used in fermentation control; but perhaps one of the main reasons why salt is added to food is to season it and make bland food more palatable.

According to CASH, a typical shopping basket of groceries could contain 64g of salt – the same as 128 bags of crisps. That’s why they are urging consumers to read labels carefully and be aware of the hidden salt in food. In fact they believe that people could cut their salt intake by 72% and reduce their risk of related health problems by choosing products with lower salt content. To make it easy, they’ve launched the SaltSwitch app which suggests alternative products with less salt.

Of course, a very good way of controlling the amount of salt we eat is to cook fresh food from scratch – as advocated in the popular “Eat-clean” diet. However if you are following such a régime, be sure to make sure that you don’t cut out salt completely: Remember we need around 1g per day to remain healthy.

Previous post: Our unique savoury flavours course is in its 7th year