Where do you think you would be most likely to get a bout of food poisoning whilst on a foreign holiday? India perhaps? Maybe Egypt? Thailand? China?

According to Travel Supermarket, Spain and its islands feature in 8 of the top 20 holiday destinations most searched by Britons looking to holiday abroad. So if you’re jetting off to sunny Spain, you also need to be aware that you’re heading straight for the country with the highest rate of food poisoning in the world. 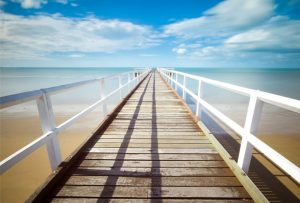 Other countries in the top ten places you’re most likely to contract food poisoning are Turkey, Egypt, Greece, France, Italy, America, India, Morocco and Thailand. All these places have one thing in common – they’re hot, especially during the summer months. And as we know, bacteria love to breed in warm conditions.

Around 2.1 million British tourists suffered from food-related illnesses last year, like Campylobacter, Salmonella, Norovirus, E Coli 157 and Bacillus Cereus. Nobody wants to spend their holiday racing from loo to loo or confined to bed, so a little prior knowledge goes a long way.

How to avoid getting food poisoning when abroad

We don’t mean don’t shower, bathe or swim! But do avoid drinking any water that isn’t bottled. In Britain we’re lucky in that we can turn on the tap, drink the water and know that it’s safe. In other countries this isn’t always the case and it’s often how people become ill. Don’t forget that ice could also be made from tap water… and soft drinks from fountains are also made with tap water.

Be suspicious of salad and shellfish

Salad ingredients such as leaves and shoots could be contaminated with bacteria – either through being washed – or not being washed thoroughly enough. Also, try to avoid eating any shellfish which has been pre-prepared. 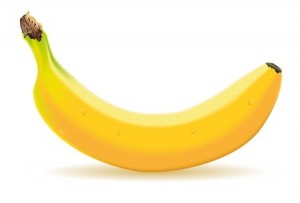 Eat fruit you can peel

Soft fruits, such as strawberries, might seem tempting, but because they grow close to the ground there is a greater chance that they could be contaminated by microorganisms and bacteria in the soil. Many areas are also subject to high levels of pollution, so it’s always better to eat tropical fruit which you can peel, such as bananas.

What could be more refreshing than an ice cream in hot weather? Answer – sorbet. In hot temperatures, you need to be wary of eating ice-cream, especially from street vendors who might not have adequate refrigeration. If ice-cream is allowed to thaw and then re-freeze it’s a breeding ground for bacteria. Fruit sorbet is much better because it is acidic, so bacteria can’t survive.

If you’re eating hot food, then make sure it really is hot. In fact, make sure it’s piping hot. The same rules apply as at home. If you’re buying street food, which is often delicious and completely authentic, ensure that you buy it when there’s a high turnover of customers. That way you can be sure that it’s fresh and hasn’t been sitting around for hours attracting flies and bacteria. Be especially careful with rice. Don’t forget that it’s one of the biggest causes of food poisoning in the UK as well as abroad. 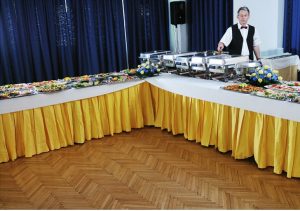 We’ve always warned you to be wary of buffet food. At home it shouldn’t be left out for more than four hours. But in hot temperatures food can go off much more quickly. Ensure you arrive early, when the buffet has just opened, or better still, choose food that can be cooked to order.

Line your stomach before you go

Some people swear by taking a probiotic a few weeks before their holiday, as it lines the stomach with ‘friendly’ bacteria. These help with digestion but also boost the immune system.

Have a great holiday!

Next post: No flies on us! Keeping them out of food production facilities