Does your reusable shopping bag carry more than just groceries? 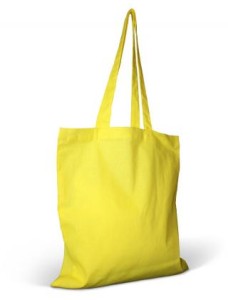 As a nation we’re encouraged to recycle, up-cycle and re-use in order to help save the planet. In fact one initiative which has been pushed for several years is the ‘bag for life’ offered at many supermarkets and food retailers. Stronger than the average thinner carrier bag, which is generally provided free of charge, it is sold to be used time and again until it finally drops to bits or tears – at which point you will be issued with another – free of charge. Sounds great! (So long as you remember to bring them with you and don’t leave them at home or in the car…)

Just last week though, plastic, hessian and cotton ‘bags for life’ have come under attack by Hugh Pennington, emeritus Professor of Bacteriology at Aberdeen University.  He has said that, whilst they are fine for carrying items such as cereal and tinned goods, they should not be used for raw meat or vegetables which have soil on them. This is because although wrapped, cross contamination onto other products can occur, such as fruit, which will not be cooked before eating.

Dr Pennington advised that washing the bags after use is not sufficient to remove all the bacteria from raw meat: ‘You can’t get the bugs out just by washing them – it will get rid of some of the bacteria, but not all of them.’ He said.

This advice is borne out by another study by Pennsylvania University which found that since plastic bags were banned in San Francisco in 2007 there has been almost double the number of deaths and hospitalisations from food borne illnesses.  In the same study it transpired that 8% of reusable carrier bags carried harmful bacteria and 97% of people questioned never washed their reusable shopping bags.

So, should we suddenly stop using reusable bags for food? About a year ago we broached a similar subject on this blog and mentioned that supermarket checkout staff always used to put raw meat, poultry and fish into separate smaller white plastic bags which were then tied at the top. Even though pre-packaged raw meat products are generally fairly robust, there is still the chance of related bacteria being found on the outside of the packaging. Putting the packaged meat into a plastic bag before it is put into the main shopping bag guards against contamination of other products from this source.

The best way to avoid contamination and potential food poisoning is outlined below:

If you’re interested in finding out about how cross contamination can occur why not try one of our food safety courses?

Next post: How cool are your products? – Climate control for the food industry