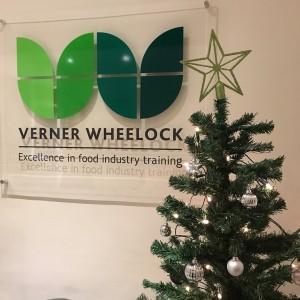 e greetings from everyone at Verner Wheelock!

We hope you’re all ready for a lovely well-earned Christmas break. Apart from a few delegates squeezing in Level 4 HACCP and Food Safety examinations before the holidays, it’s been relatively quiet here at the moment.

Our final open course of the year, Lead Auditor, ended on 7th December. We welcomed yet another lovely group – and we’re very pleased to announce that everybody passed the examination. There were even six Distinctions, so extremely well done!

More in-house courses than ever!

2016 has been a bumper year for in-house courses. Our trainers have delivered a whopping 121 courses in HACCP, Food Safety, Auditing and other specialist areas at customers’ sites throughout the UK over the past 12 months. It’s an aspect of our business that has certainly increased in popularity over the years, as it’s a very cost-effective method for companies to train several staff at one time. It also means that companies that are a considerable distance away from our premises have the benefit of receiving our training expertise without having to travel. 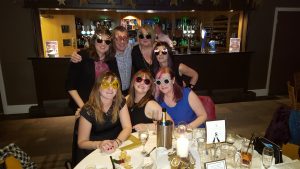 We now have three new employees
at Verner Wheelock: Mitch Morrison, our new Administration Controller, Rachael Breckon (Training Support) and Amberley North who joins us as Training Support Assistant. You’ll find out more about each of them in one of our new year’s blogs, so watch this space.

Mitch, Rachael and Amberley have replaced Jodie and Jason,  who we wish the very best in their new careers, and Sue, to whom we wish a very enjoyable retirement. Our new recruits have all settled into their roles very quickly and although it’s only been a short space of time, it feels like they’ve been part of the Verner Wheelock team for so much longer – which can only be a good thing.

The Coniston Hotel was the venue for the 2016 Verner Wheelock Christmas party. Delicious food was washed down with plenty of prosecco and cocktails and a great night was had by all. A photo booth and dressing up box caused much hilarity, but our favourite props by far were the crazy Christmas sunglasses that Alison brought along…

Don’t forget that if you make bookings for any 2017 open or in-house courses before 31st December this year, we’ll hold our 2016 prices. We have made a small price increment on some courses, so if you have training in mind for next year,  it’s well worth taking advantage.  Click here to view our 2017 course calendar.

January courses are filling up fast 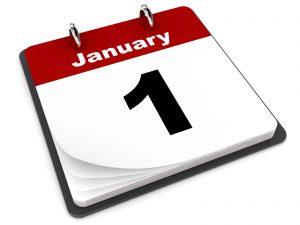 Could you be the recipient of a Verner Wheelock Award?

It will soon be time to roll out the red carpet and pop the champagne corks. I’m not talking about something as insignificant as the Oscars or the BAFTAs, though. I am, of course, referring to the Verner Wheelock Excellence Awards (cue fanfare). 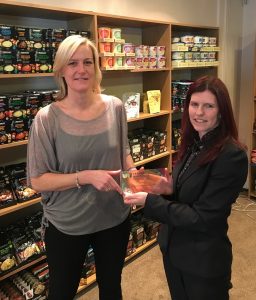 We have been poring over examination results as far back as January and asking our trainers for their nominations for outstanding delegates. If you’ve been awarded a Distinction or have contributed to the interactive elements of the course, you could well be in with a chance.

Awards will be presented for the following categories:

The winners  will be announced early next year.

Merry Christmas from everyone at Verner Wheelock!

The office will be closed from lunchtime on Friday 23rd December and will re-open at 9.00am on Tuesday 3rd January. We hope to see you at one of our courses in 2017!

Previous post: Food hygiene in care homes – should we be worried?