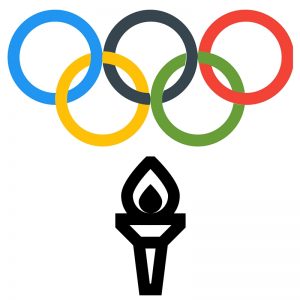 The games of the XXXI Olympiad take place from 5th to 21st August this year in Rio de Janeiro, Brazil. A city that’s over 5,500 miles away from the UK. As with any major city, there are the ubiquitous fast food chains. Pizza is a particular favourite. But I wanted to explore some of the more traditional food that visitors might encounter.

You won’t find Brazilians working their way through a huge fry-up on a morning. To them, lunch is a far more important. So instead of cereal, bacon, sausages and fried eggs, followed by a couple of rounds of toast and jam, breakfast Brazilian-style is far more likely to comprise pão d’água (traditional bread served with guava paste and mozzarella). Alternatively you could try a bowl of creamy polenta or a piece of banana sponge cake – sounds yummy! 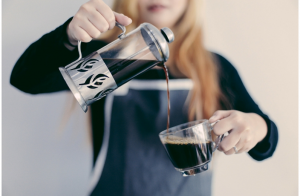 It will come as no surprise that coffee is Brazil’s favourite drink. After all the country produces one-third of the world’s coffee supply. Whilst you can get their version of lattes etc. if you’re over there, the Brazilians prefer to drink it strong and black.

Cachaça sounds like some sort of arm waving, booty-shaking party dance. It’s not, however, you might well feel like doing the above once you’ve had a few… Cachaça is in fact an alcoholic drink. Available in two varieties, white (unaged) and gold (aged), it’s a distilled spirit made from sugarcane juice. Pour some in a glass, add a couple of spoonfuls of sugar and ‘hey presto’, you’ve just made Brazil’s national cocktail, the Caipirinha.

Barbecues are particularly popular in Brazil, but then, they have the weather for it, don’t they? Barbecuing is far more than a novelty, it actually forms a large part of the Brazilian diet. They cook various meats this way, but especially beef. It’s often marinated for hours in lime or lemon juice and garlic, then salted before being cooked over the coals.

Brazil’s national dish is called Feijoada. Essentially this is a type of stew made from black or red beans and salted beef or pork. Many different cuts and types of meat are used, such as bacon, pork shoulder, chorizo, brisket etc. and these are cooked slowly with the beans and other vegetables. Feijoada is often served with rice. For Brits who have a slow cooker, it’s an ideal recipe to try. 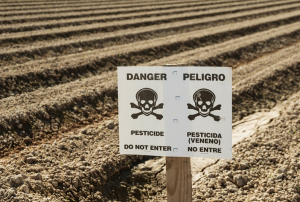 You may remember that I mentioned pesticides in the title of this blog. They are obviously not a national food of Brazil, but research has shown that Brazilians consume a shocking 7.5 litres of agrochemicals per year. That’s the highest per capita consumption rate in the world.

According to a report by the Brazilian Association of Collective health, around 70% of the food that Brazilians eat has been contaminated with agrochemicals. Moreover, at least a third of these pesticides have been banned in the USA and the EU. This is because of their detrimental impact on human health and the environment. They’ve been found to affect the immune system, produce reproductive changes and generate birth defects.

In the UK and EU there are strict rules governing the use of pesticides and their monitoring. The vast majority (98%) of samples tested since 1998 do not contain residues above legal limits and do not contain non-approved pesticide residues. In almost all cases where a legal limit was exceeded or a non-approved use was found, these did not present a health risk.

We are lucky in this respect and also that our food labelling is so complete. There are plans afoot in Brazil to replace the word ‘pesticide’ on food labels with ‘plant health protection.’ Protection for the plants, perhaps, but not necessarily for the consumer.

Next post: EU BREXIT – What does it mean for the food industry?

Previous post: Restaurant owner jailed over use of allergen in food