Meat, McLibel and our first award 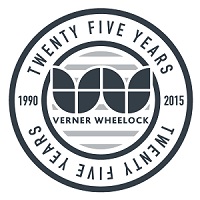 By the mid-1990s, Verner Wheelock Associates had earned a reputation for being food safety experts. In amongst arranging various training courses, Verner was writing a regular column on food and food safety for Bradford’s Telegraph & Argus newspaper. His background in nutrition and food policy also meant that he was engaged in a number of consultancy contracts, one of which was McDonalds, the fast food giant.

This led to his being called as an expert witness for the corporation in 1997 in the famous ‘McLibel ‘ case – or to give it its proper title McDonalds Corporation v Steel and Morris. Steel and Morris were part of a collective called London Greenpeace (not to be confused with Greenpeace International) who had published and distributed a pamphlet in London called What’s wrong with McDonalds: Everything they don’t want you to know. The pamphlet listed a number of allegations against McDonalds, one of which being that they sold ‘unhealthy, fast food.’

Verner is called as expert witness in McLibel trial

Verner answered questions in court over 4 days which demonstrated that there were essential nutrients present in McDonalds burgers; that the fat, sugar and salt content of the food was no more than many other foods on the market; that it was very difficult to prove conclusively any links between fat content and various health issues; that the public can make their own choices about food; that nutritional information was available in all McDonalds restaurants; that McDonalds were, in fact, leaders in reducing the amount of saturated fat in their products; and that a McDonald meal was an acceptable aspect of a family’s weekly diet. You can read the full transcript here

The move to Broughton Hall

Around the time of the McLibel trial, Verner Wheelock Associates found that they had outgrown their offices in Albert Mill and moved to new premises at Broughton Hall Business Park. The beautiful surroundings were a far cry from central Bradford, yet its proximity to Skipton and a series of major A roads meant that it was easily accessible for all delegates.  The first offices and training room were based in the North Barn and later in Archway Court. (It wasn’t until 2003 that the company moved to its current premises in Stable Courtyard).

Introduction of Butchers’ Licensing in 2000

We mentioned in the last 25 year anniversary post that the setting up of the company coincided with the introduction of the 1990 Food Safety Act. Another item of legislation, which provided a great deal of work for VWA during the late 1990s, was the introduction of the Butchers’ Licensing which was introduced into England on 1st November 2000. A parallel scheme was also introduced in Scotland.

Butchers’ Licensing was brought about to tighten controls on hygiene standards in butchers’ shops. Its introduction followed the BSE ‘mad cow’ pandemic and a serious 1996 E Coli 0157 outbreak in Central Scotland which killed 17 people and caused 500 others to become ill. 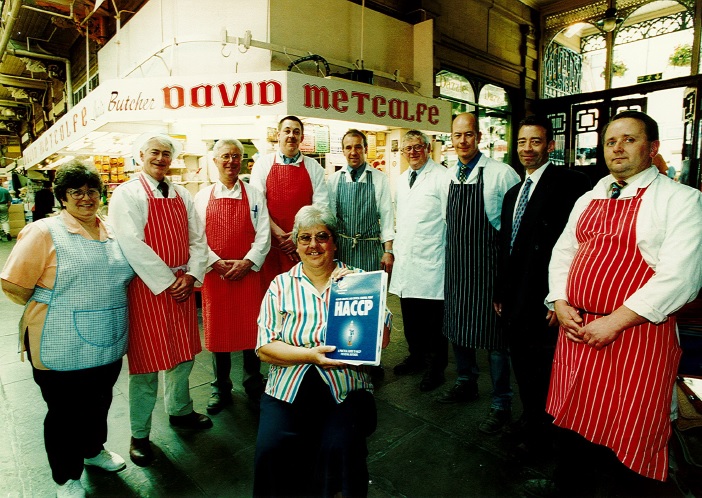 In order to reduce the risk of cross-contamination between raw and cooked meat, butchery businesses were required to operate effective food safety management controls. Food handlers and supervisors were also to receive appropriate food hygiene training. As Jan Wheelock (pictured above with one of the first groups of students) points out,

“Before Butchers’ Licensing came in, butchers were doing their own thing with regard to storage, temperature, cooling and so on.”

The Butchers’ Licensing scheme was run from the Meat & Livestock Commission in Milton Keynes.  In charge of the scheme was David Baines (later to become our CSF course tutor) who worked alongside former butcher Paul Bache – another VWA tutor name you’ll recognise.  VWA tendered for training programmes and consultancy to prepare butchers for the licensing and won the contract for all butchers around Halifax, Hull and the North Yorkshire region.

It was a huge project and VWA’s team of Jan, Ruth Bell and Colleen Rudge all had to go to Milton Keynes for teaching and examinations in the first instance. Then it was out to the butchers to provide the relevant training in food safety and hygiene and HACCP. This involved visiting hundreds of butchers businesses of varying sizes as well as employing a veterinary surgeon to provide consultancy for farmers. It was also around this time that VWA met Peter Clarke, who still trains for us today, as do Ruth and Colleen!

Teaching through interpreters and correspondence courses

VWA visited several halal butchers and did teaching through interpreters, as well as offering correspondence courses. In these instances butchers were sent work through the post and talked through sessions over the phone. Towards the end of the course VWA would go to the shop and sign them off. A small number of butchers were illiterate, but Jan and the team worked with them to ensure that they received their licences.

The first of many awards for VWA delegates

Whilst the Butchers’ Licensing kept VWA extremely busy, they were still providing other open and in-house courses, mainly in Food Safety, HACCP and Nutrition and accredited by the Royal Institute for Public Health (RIPH). In the mid-nineties VWA trained its first award-winning student – a delegate from the health food industry received the highest marks in an RIPH food safety examination. The prize was two tickets for Centre Court at Wimbledon!

Look out for Part 3: Healthy Eating and BRC Audits